Michigan Banks will be Charging More for ATM Fees

Your Are Here: Michigan Insurance >> Michigan Banks will be Charging More for ATM Fees
Previous Next

Michigan Banks will be Charging More for ATM Fees 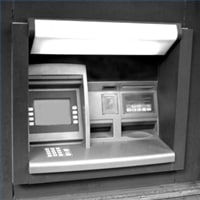 Michigan Consumers should start preparing for higher fees as banks are increasing the charges.  Two recent reforms that were supposed to help consumers have prompted the higher fees. The first is that banks are no longer allowed to charge overdraft fees on debit card purchases without permission. The second is a drastic reduction in interchange fees on debit cards. These are the fees that banks charge to merchants to use their debit cards.

These reductions can lead to the loss of up to $10 billion in additional revenue. J.P. Morgan Chase & Co. and PNC Financial Services Group are already changing their ATM policies to collect more fees. The standard in the industry for taking money out of rival banks ATM’s is about $3, a number of these banks are exploring charging up to $5.

Last year banks collected roughly $3 billion from charging their customers for using another institution’s ATM. The banking industry says the higher fees on their machines are necessary because of the expense of maintaining and operating their ATM networks is rising. Banks spend, on average, $12,000 to $15,000 a year to keep each ATM. However, small banks and credit unions haven’t started to raise their ATM fees.

States that are experimenting with higher fees

Chase is testing the higher fees in two states. Texas charges non-customers $4 for fees and Illinois is charging $5. Chase did not give a time frame for when the fees would roll out nationwide. These fees will not affect current Chase customers. They’re still paying $2 to use an out-of-network ATM. PNC recently announced that it would take later this year to give up its five-year-old program of reimbursing customers for charges incurred when using ATMs other than PNC branded.

Some banks are part of the Allpoint ATM Network, which is a large network of ATMs that don’t charge membership fees.

Finally, click the site to get information on Michigan Insurance Fees.

About the Author: The Insurance Pros