Backup Cameras will be Required in all Vehicles May 8, 2018

Your Are Here: Michigan Insurance >> Backup Cameras will be Required in all Vehicles May 8, 2018
Previous Next

Backup Cameras will be Required in all Vehicles May 8, 2018 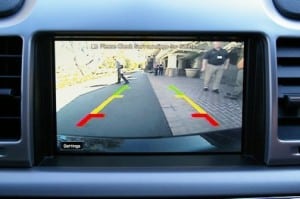 U.S. safety regulators require that backup cameras are in all vehicles built in and after May 2018. In 2007, Congress signed the Cameron Gulbransen Kids Transportation Safety Act into law, requiring NHTSA to set rear-visibility standards by 2011. Still, this law did not pass because the agency could not come up with uniform standards, in part because of governmental resistance, and to make sure that a precise rule would pass with uniform standards.

The new rule mandates that all vehicles under 10,000 pounds include a backup camera by May 2018. The cameras must show a 10-foot-by-20-foot zone behind the car.

Backup Cameras will Save Lives

According to NHTSA, standard backup cameras will go a long way toward preventing injury and death, especially among children. Approximately 200 people die each year. 12,000 to 14,000 have injuries due to backover accidents when drivers back up over another person without noticing them. The majority of the victims are children because their small size makes them hard to see from the driver’s seat.

The camera will help decrease the huge blind spot behind the vehicle by 90 percent. Drivers still need to remember to look behind them and use their mirrors along with checking their screen for the camera view.

The agency estimates that the addition will add $140 per car or $40 for vehicles already equipped with a display screen. NHTSA says the cost to equip the 16.6 million cars sold in 2014, would be between $1.9 billion and $2.7 billion.

The new law does not guarantee an insurance discount for having a backup camera or other crash-avoidance features.  Most insurance companies need to study the effectiveness of the safety features and determine if there is an actuarial benefit or cost savings to justify adding the discount. If the backup cameras reduce the number of injury claims, insurance companies will pass some of the savings to drivers.

Click the link to see what other Michigan auto discounts are available to lower your car insurance.

About the Author: The Insurance Pros